If you follow me on social media, you’ll have seen that the boyfriend is now the fiancé 🙂 HE PUT A RING ON IT!!! It’s been about a month of just enjoying this new engagement bliss, but I’m finally sitting down to share our proposal story now 🙂

First this begins with, the boyfriend and I had a trip planned for Seattle to visit my cousin who was placed there for work (she moves every 6 months…and does something with data and analytics…honestly, I’m the worst at knowing what people do for professions haha). This was the first trip to Seattle for the boyfriend and my second (I was there previously for a baby show/work so that’s a very different type of trip haha) so we had a few tourist spots on the list! Unbeknownst to me, the boyfriend and my cousin were planning to add proposal to the list 🙂

We got in late Friday and planned to start with Pikes Place, the Space Needle and Chihuly Garden. Saturday started like a normal morning with my cousin doing my hair (sidenote: my cousin is uber talented and as a side gig does prom hair, nbd :P) as she does every time we hang out. We walk to Pikes Place for breakfast and got Piroshky’s (seriously the best!!). We spent some time wandering around and the boyfriend got me flowers as a belated 2 year anniversary celebration 🙂 We then walked over to the Olympic Sculpture Park to relax…to be honest I was whining internally the entire walk there. My cousin was wise to walk out of ear shot because she knew if I could, I would have asked to just stop somewhere closer…I was also just being a whiner because it was a little under a mile AND 82 degrees AND the beautiful flowers I asked for were getting heavy…again I get it, I was being a whiner haha but since my cousin was walking so quickly ahead, I just ended up following behind a sweaty mess 😛 but when we got there, it was beautiful! There were giant sculptures of art around and it was along the water. We sat at a bench and just relaxed for a bit. Then the cousin and I started taking photos for our blogs/instas since that’s what we do 🙂 My cousin asked to take some photos of my hair and I was talking about Princess Diaries (did you know a 3rd movie might be happening? fun fact!) and then I turned around and the boyfriend was on one knee!

I was in literal shock! I couldn’t stop talking (OF COURSE!) so the boyfriend said “can I say my speech?” and then I blacked out haha I mean I was still standing there, but I had SO MANY EMOTIONS that I have no idea what the speech was. I was thinking about how happy I felt, but I also felt sad because this is the end of one chapter. And also where was my cousin? And omg the ring is so sparkly!!! And the boyfriend is so handsome! And my eyes were getting teary so the ring had even more sparkles! Then I snapped out of my stupor when he asked those very important words “will you marry me?” It literally felt like being in a movie…and it was everything I could have ever dreamed 🙂 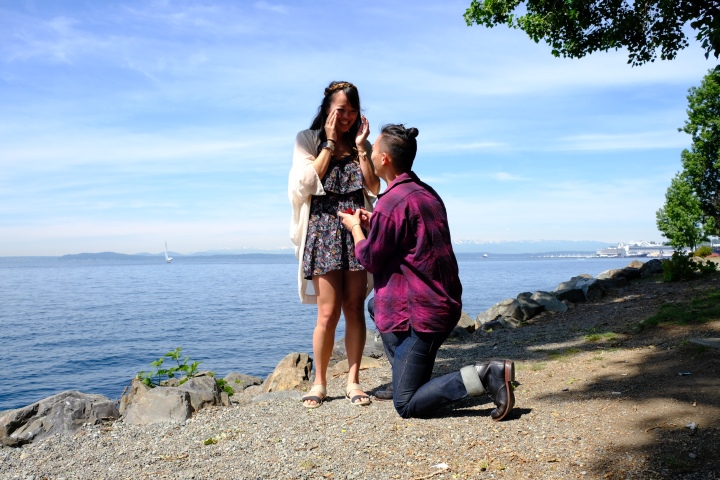 Afterwards, we took some engagement photos because my cousin is also a photographer (seriously a jack of all trades!) and the went back to Pike’s to grab lunch and start the list of calling family members and friends. We also made sure to still go to the Space Needle and more because this was still a “tourist trip” to Seattle which I will write a separate post about “what to do” while in Seattle, but honestly it was all made so much better with this sparkler on my finger.

Huge thank you to the cousin for all her planning and scheming! Also props to her for writing her version of the proposal story in record time 😛 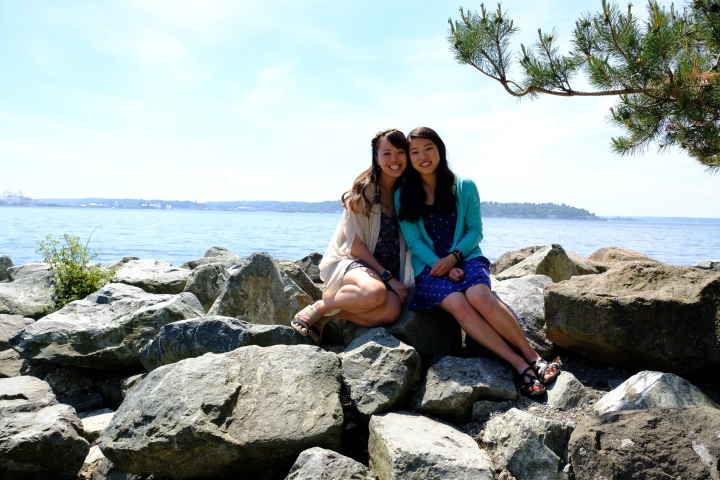 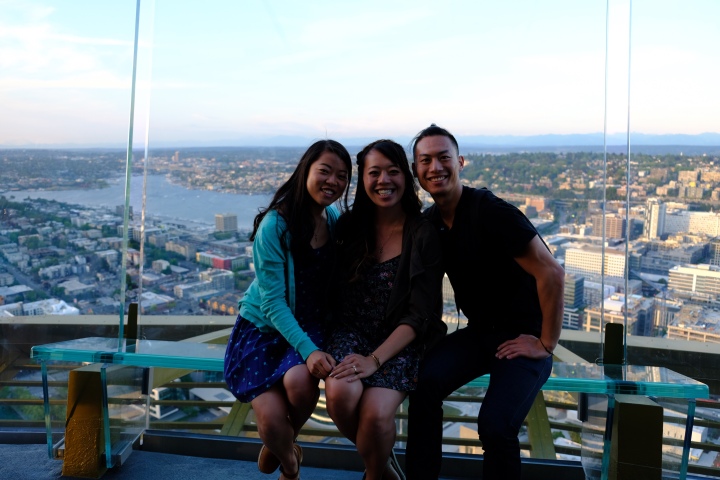