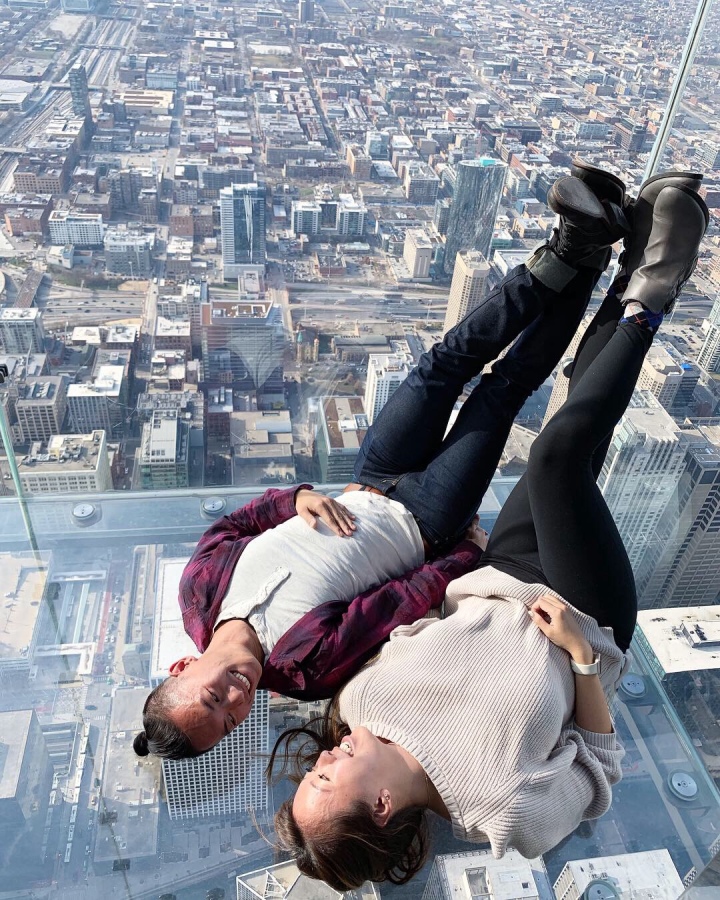 One of the most photographed and famous places in Chicago, Willis Tower also known as the Sears Tower. Honestly when I went to visit the first time a few years ago I wasn’t that impressed because it’s literal clear box that offshoots the building and I had just come back from seeing the Shanghai Pearl which has an entire spherical clear floor so I had high expectations 😛 This second time around since I went in with normal expectations, I was more excited for the boyfriend’s first time being there and of course focused on what photos we should take 🙂 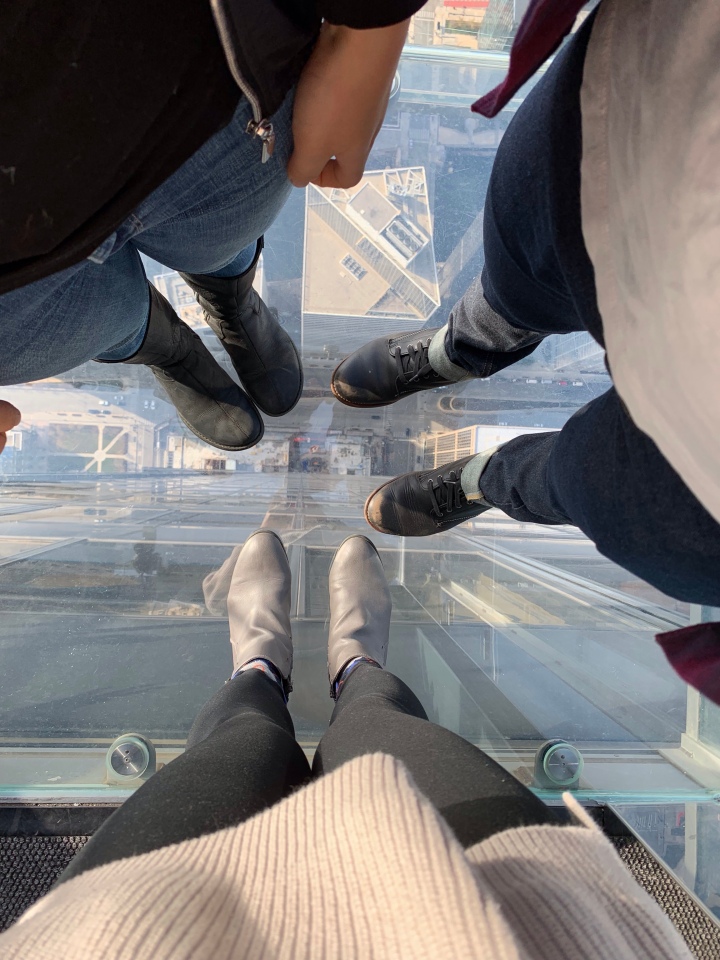 Since this is a highly photographed place, they started having workers in each box (there are four in total and all on the same side of the building) they would take photos for you as well as time you. 60 seconds for singles, pairs and trios and 90 seconds for larger groups. Also if you are part of the 60 second groups, you have to share the box with another party. It takes some planning to not get in each other’s photo. Also it really is roulette on if you get a worker who is a stickler for the time and/or good at taking photos. 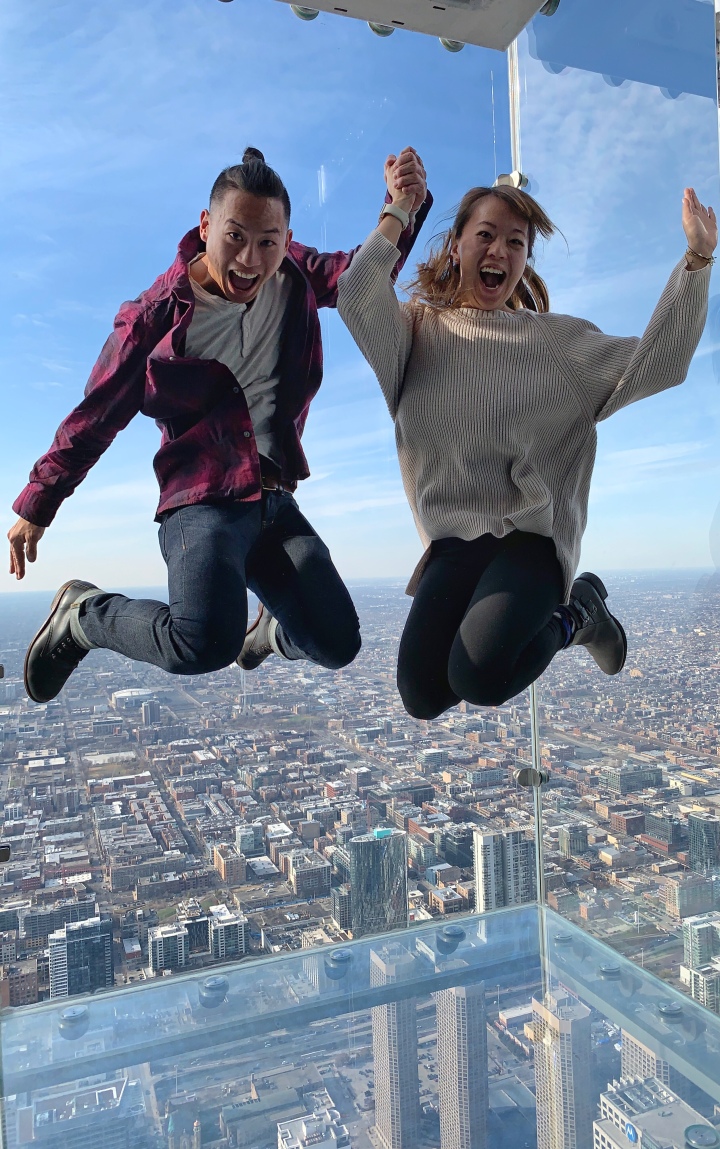 We lucked out round one because our worker gave us 90 seconds even though there was only three of us. Also in line (forewarning the lines to take photos are longggg! However know there are multiple lines so make sure to look before just standing the in the first one) we planned ahead each pose we were going to do so we would make the most of our time. Overall we had a great time and it helps that my cousin is an amazing photographer xo 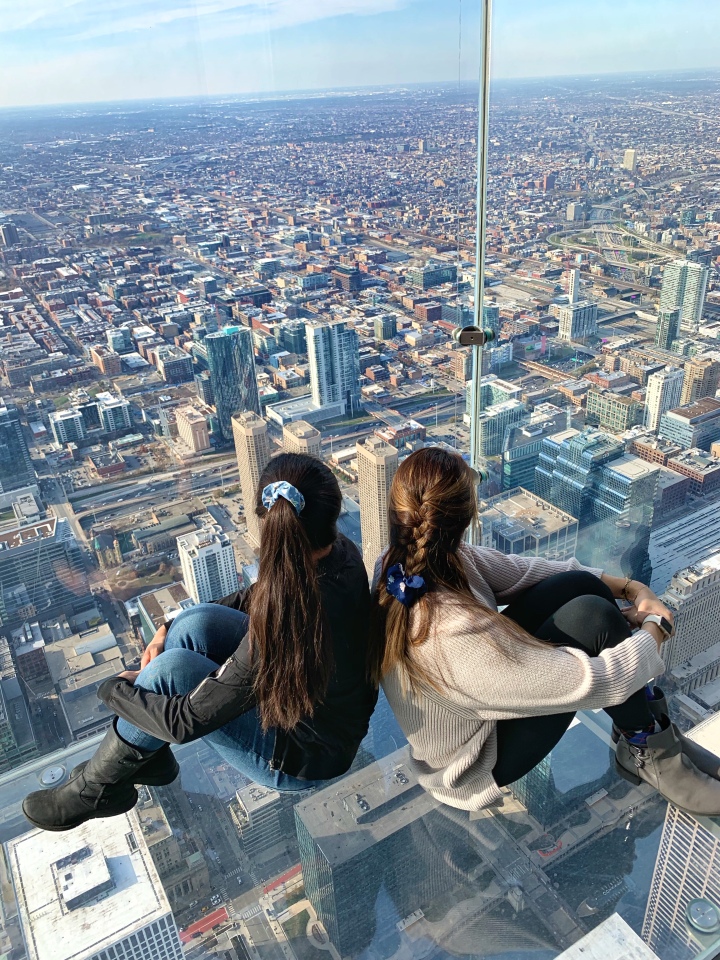 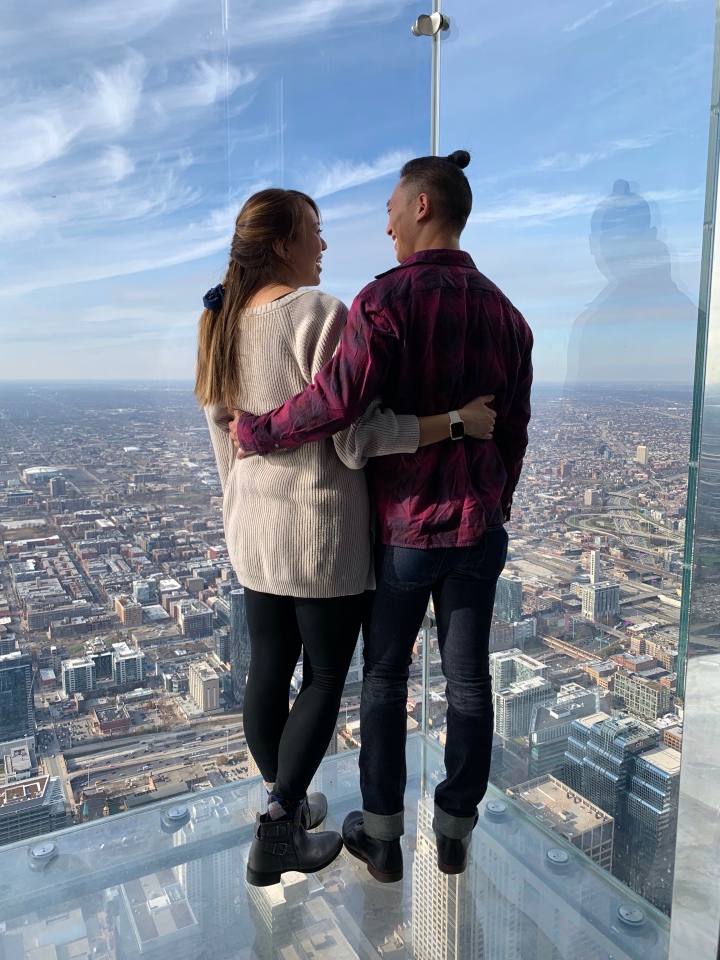