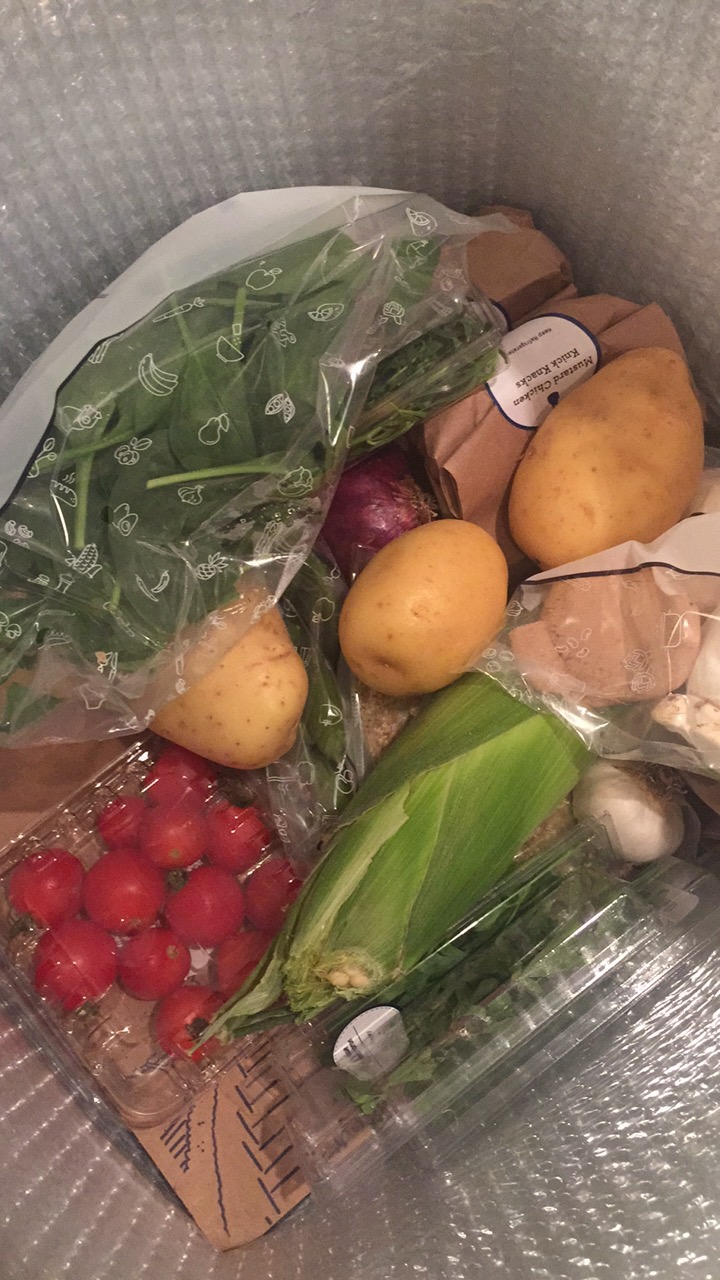 I am not a cook…like really not a cook by any means. I rather go to bed hungry, then have to cook a meal >.< BUT I realize that #adulting means I need to learn to not starve >.< So in comes, Blue Apron. My friend sent me a trail subscription and I figured it’s now or never! And I’m never going to say no to a free thing 😛 So the order was in and I eagerly awaited my first box. First off, the box arrived and it’s freakin heavy! I was amazed at the all the goods in it and was a little overwhelmed. I decided it was now or never so I tried my hand at the cooking thing with the Tarragon and Mustard Chicken dish. The recipe list made me nervous because it looked so long…with so many steps…but surprisingly, it was pretty easy. I salted and peppered everything (like seriousy, that’s the seasoning for EVERYTHING on the recipes) and learned how to blanch snap peas! The first meal was a success (low standards mean success just means edible!) and it took roughly about an hour.

Next, I tried the Salmon on Freekah. This time around, I made this with the boyfriend. I admit, he did most of the work…but I helped stir the spinach around and chopped garlic (apparently I don’t chop correctly, but as long as it’s edible, I say no complaining!). This one felt very light and healthy and was plenty for leftover lunch the next day. 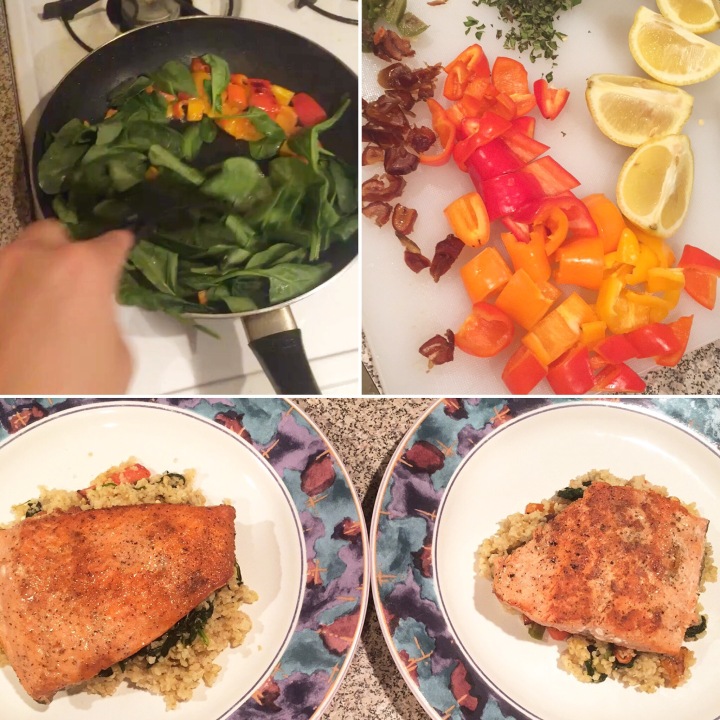 Last was the steak and fries dish! I admit, cooking red meat stresses me out the most and this was no different. The fries were easy to cut up and stick in the oven. The corn salad was just a lot of mixing which was easy peasey. And then came the steak 0_0 I salted and peppered it and toss it on the pan as told. It seemed to be going well until…the fire alarm went off -_____- Le sigh, I didn’t notice how smokey my place was becoming…so had to literally stop cooking to air the place out. Then when I started again, I noticed I had overcooked one steak, but the other seemed just right so I just hoped for the best. Overall, it was all edible and packed well (the boyfriend was busy so I packed him up dinner…aww cue swooning sound :P). I was a fan of the fries, but realized I’m not a fan of red meat…unless it’s a burger, then all bets are off.

Anyways, end result is I liked Blue Apron and would do it again! It’s roughly $60/week for the “3 recipes for 2 people” plan. I do wish they had an option for single folks or less meals because it’s a lot for just me and I don’t got time to pack up meals for the boyfriend ALL the time 😛 I do appreciate not having to grocery shop and having exactly what I need for each meal. I also really love getting the recipes with the breakdown so I can replicate the meal if I so please. Till the next cooking adventure xo